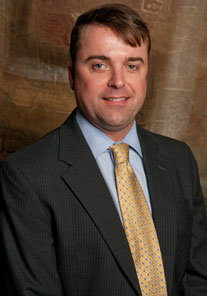 The Auburn Planning Department performs a variety of tasks that fall within one or more of the following three categories:

Comprehensive Planning addresses long range planning issues that relate to all services provided by the city. The department engages in comprehensive planning both within the City limits and in outlying areas regulated by the City's subdivision requirements. The Planning Department has developed an Auburn Interactive Growth Model (AIGM), which will serve as the basis for future land use planning decisions.

Regulatory Planning includes all work associated with the administration of the City's Zoning Ordinance and Subdivision Regulations.

Data Management and Research involves the maintenance of several databases including demographic information and address updates for the decennial census, as well as zoning and land use data for the City of Auburn GIS.

The Planning Department staff is responsible for the administration of the City’s Land Use Plan, Zoning Ordinance, and Subdivision Regulations. The Department reviews any new development plans or any proposed change in use throughout the City of Auburn. Specifically, the Department reviews annexation petitions, subdivision proposals (administrative, preliminary and final plats), zoning requests, conditional use approval requests, site plan approval requests, requests for any variance to the Zoning Ordinance, and requests for any waiver to the Subdivision Regulations.

The Planning Department is also the home of the City’s zoning enforcement function. This includes the regulation of signage, banners, occupancy requirements, primary and accessory uses, and other zoning-related issues. In FY 2014, Planning staff issued 84 sign permits, 43 banner permits, and 137 zoning certificates.

The Planning Department will be focused on accomplishing several current and long-range planning initiatives during the course of the coming fiscal year.

First, the recently completed Downtown Master Plan (DMP) will begin its implementation phase.  This requires that the Department draft zoning regulations that are designed to facilitate the vision set forth in the plan document.  This includes, but is not limited to, the prospect of new zoning district designations for the different areas and neighborhoods that, when combined, represent Downtown Auburn.  Standards to be reviewed include, but are not limited to, building height and setbacks, permitted and conditional uses, and floor area ratios (FAR).  In addition, future land use map amendments to CompPlan 2030 will be necessary to further clarify the different character inherent in each of the different areas and neighborhoods.  These areas are identified in the DMP and include:

In addition, the Department will be continuing its implementation of CompPlan 2030 by performing focus area studies for the South College Corridor as well as for the Martin Luther King, Jr./Bragg Avenue Corridor.  These studies are expected to result in some adjustments being made to the future land use classifications for these corridors that were originally devised in 2011.

Last but not least, the Department is partnering with the Parks and Recreation Department to produce, in-house, a Parks, Recreation, and Culture Master Plan that will provide future guidance for decisions related to facilities and services in this area.